I am super excited for election day so I decided to paint some flags on my nails, but before we go any further I have to say it:
GO OUT AND VOTE ON ELECTION DAY!
That's about as political as I care to get on my blog because I don't believe in pushing my beliefs on other people, but it has to be said.  Voting is a privilege that we have in this country and we should not take it for granted! 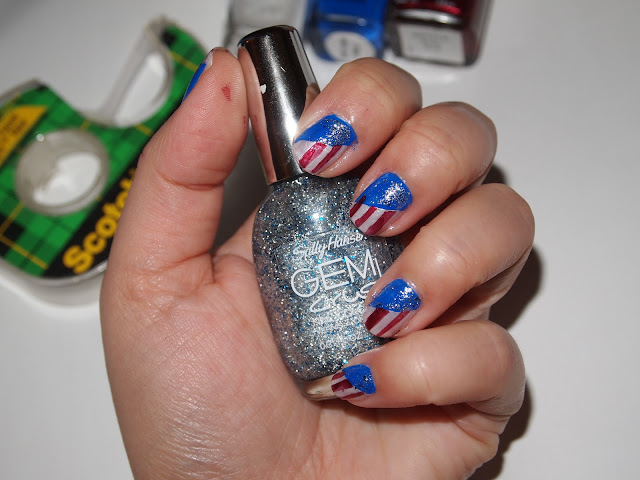 Now on to the nails. 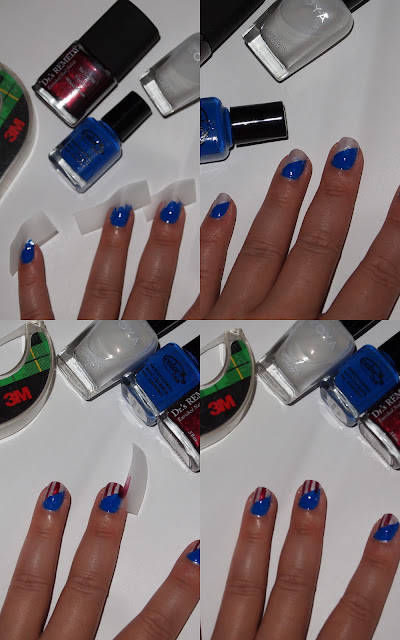 -I started with a pearly white base using 2 coats of Zoya nail lacquer in Christinna.
-Make sure to let nails dry between coats.
-Next I used pieces of tape diagonally on the nail, and painted the exposed part of the nail a bright blue shade (Color Club nail lacquer in Insta-This).
-Remove tape and let dry.  Half the nail will be blue and the other half will have the pearly white peaking through.
-Next I used pieces of tape on top of the white part of the nail to section off pieces that will become the stripes of the "flag".  I used Dr. Remedy Enriched Nail Polish in Ruby Red to paint the stripes on.
-Remove tape and allow to dry. 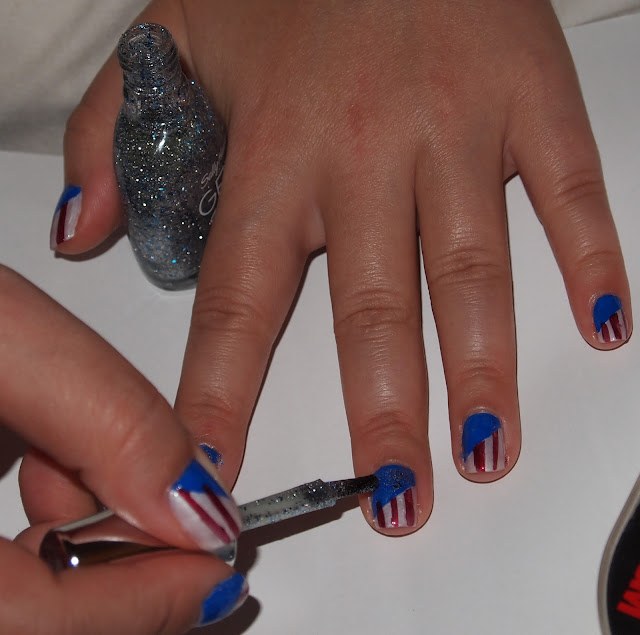 -Last step was using Sally Hansen Gem Crush Nail Color in Showgirl Chic on top of the blue portion of the nail to represent the stars of the flag.
-Finish with your favorite top coat and you're all set.
Posted by Lisa at 9:56 PM