Benz's Book Club: It's Time For Summer Reads! All By Fantastic Women Writers

Ah, summer time!  Time to spend oodles of time with your feet in the sand and your nose in a good book.  For me, who is always face-down in some book, summer is usually the time where I incorporate some more light-hearted materials in with my regular reading materials that consist of nothing but kidnapping, murder, and various other things that keep me awake all night.  Don't get me wrong, you'll find plenty of those in the list below, but hopefully you'll also pick up something that is a little more whimsical.  No matter which story you pick from the list, they're all page-turners in their own ways. 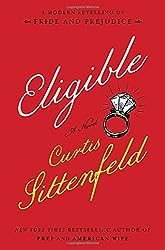 Eligible: A modern retelling of Pride and Prejudice by Curtis Sittenfeld
Don't worry, you don't have to have had read Pride and Prejudice to enjoy this book (though, if you haven't you may want to put it on your list for the summer).  Fans of Curtis Sittenfeld are well aware of her writing talents.  She's always written about diverse topics, from first wives to characters with psychic abilities, but always about strong women.  Women who find themselves through their struggles.  There's just enough humor in her characters to keep you from feeling like it's too serious.  You have to wonder who her inspiration is for some of these characters (like the CrossFit obsessed sister).  It's a truly, truly modern look at the old story that makes me wonder if Sittenfeld went to school for Sociology.  She really gets issues like class and gender, but more than anything she gets people. 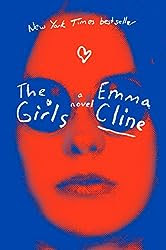 The Girls by Emma Cline
(Pre-order now for the release date of June 14th)
If you like any Charles Manson stories, you'll definitely appreciate Cline's debut novel.  It is NOT a retelling of the Manson murders, but certainly shares a lot of similarities.  Set in the San Francisco Bay Area in the 1960's, a very different environment than the tech behemoth it has come today, a teenage girl gets caught up in a lifestyle she never could've imagined.  She's fascinated by a group of seemingly carefree girls, and eventually by their manipulative and charismatic cult leader.  This is a great book club list, but you may not want to wait for your friends to read it because it's so good.  You'll certainly want someone to discuss it with, though.  It touches on many of the controversial issues of the Charles Manson case.  Do you believe those girls were innocent because they were coerced by someone who is a master at manipulation?  How long do you think these women should serve in prison?  Is there a way these situations can be prevented?  This may be fiction, but there are certainly real-life issues at hand here. 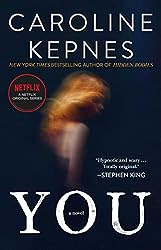 You by Caroline Kepnes
This book is terrifying.  Not in that overt and obnoxious blood-and-gore way like so many scary movies today.  This is psychological.  This makes you think.  Told from a killer's perspective, it will definitely make you think about everything you're putting out in the world on your social media accounts.  Joe, the narrator/killer/stalker, is the new Dexter, but better.  You never see him coming.  By the end of the book you'll be wondering if you're on his side or his victim's.  And once you're done reading You, pick up the sequel, Hidden Bodies. 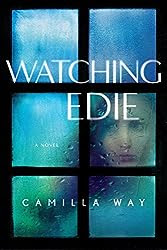 Watching Edie by Camilla Way
(Pre-order now for the release date of August 2nd)
Ok I guess I like stalker books.  How did you know?  Before you judge, this is a different book entirely from You.  This book is told from the stalker's and the victim's point-of-view.  You'll have trouble deciding who is the good girl and who is the bad girl.  A long-held grudge has you wondering what went wrong 20 years ago with a close friendship between two high school girls.  Now adults, they're both forced to reflect back on the night that changed everything.  More than that night, how are they going to go forward in their lives with all their baggage?  How are they going to raise daughters?  There's mystery, love, loss, betrayal.  All the good components of an eerie page-turner.  You surely won't be able to guess how it all plays out in the end. 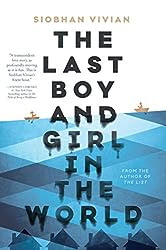 The Last Boy And Girl In The World by Siobhan Vivian
Have you read The List?  (If not, immediately add to your summer read list).  If you read this book by Vivian then you already know she has a way of writing about teen angst that resonates with you no matter your age.  There's nothing childish about the books.  They delve into the real emotions that we went through as teens, and what teens are going through today.  This story is a little more rare of a circumstance than the story in books like the list.  This is an End Of Days/What Would You Do story.  If you were told that your town would be under water in a few days and life as you knew it would be over, what would you do?  Then think about what your kids would want to do or how they would be feeling at that time, especially if you had teenage girls. 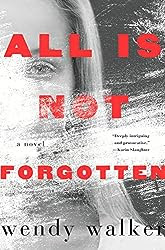 All Is Not Forgotten by Wendy Walker
(Pre-order now for the release date of July 12th)
This book is not easy to read.  It is a book worth reading but it's not going to be easy if you have even one ounce of human emotion.  This book centers around the violent rape of a teenage girl and if you have a soul you'll be eviscerated by emotion while reading about her struggles.  The book is an interesting read because you'll deal with a lot of heavy topics; violence against women, prison reform, mental health issues, childhood traumas, moral practices in the workplace, psychiatry.  I could go on.  It is not for the faint of heart but a captivating read, and even better if you have someone read at the same time so that you can discuss all of these heavy issues.  I know I'm making it sound really grim but it's an incredible book if you have any opinions on the aforementioned issues. I couldn't put it down.

Me Before You by Jojo Moyes
If you haven't read it already, you'd better get to it before the movie comes out this weekend.  (Don't worry, you will only need a few days to read because you won't want to put it down).  The movie is being touted as a great love story, and indeed it is.  BUT IT'S SO MUCH MORE THAN THAT.  At the heart of the story is a very controversial issue, which I will not spoil for you here in case you haven't read it.  This needs to be discussed at length over book club or a bottle of wine with a friend, but regardless of where you're talking about it you'll need to keep the tissues handy.  And then buy a second box of tissues when you go see the movie. First Comes Love by Emily Giffin
(Pre-order now for the release date of June 28th)
I'm already well aware that I don't need to tell Giffin fans to buy this book.  I'm sure you've already pre-ordered already.  But if you've never picked up one of her books, this is a good place to start.  Her voice resonates with real women who deal with complex emotions every day.  Feelings about motherhood, sisterhood, tragedy, and survivor's guilt are the pillars that the story is built on.  You can call it "chick lit" if you want, but if by chick lit you mean EMPOWERING WOMEN THROUGH STORIES ABOUT WOMEN, then yes it is indeed chick lit.  (Also, let's stop using that term negatively.  There's nothing bad about being a chick, and nothing bad about lit, so why would chick lit ever be considered bad?)

Note: When I started writing this list, I had no idea it would be all women authors.  It just worked out that way.  I was almost done writing it and realized that so many of the stories are "coming of age" or "finding yourself" stories in their own way.  (What does that say about my mental state at the moment?)  Of course you don't need to be a woman to appreciate all of these stories, it's just that I think women will find them especially relatable.  And major kudos to all the women authors out there who are slaying the game right now.  Keep doing what you do!
Posted by Lisa at 10:50 AM