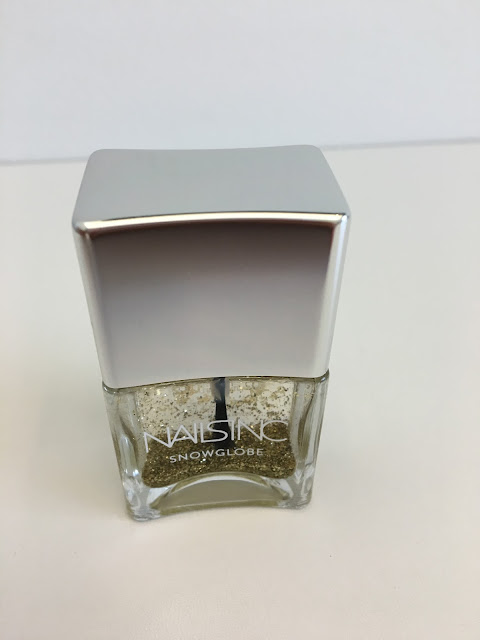 I love a good glitter polish just as much as the next person, but hate taking it off.  I also have a lot of concerns about child-like glitter.  I'm in my 30's and want a little sparkle, but not an obnoxious amount.  As if hearing my prayers, Nails Inc has just launched their new Snowglobe nail polish that allows you to customize your glitter level.  So simple, yet so brilliant.  The glitter settles to the bottom of the bottle, like it would in a snowglobe, and then you shake it just a little bit for a light smattering of glitter.  Or shake the sh*t out of it for max glitter impact. 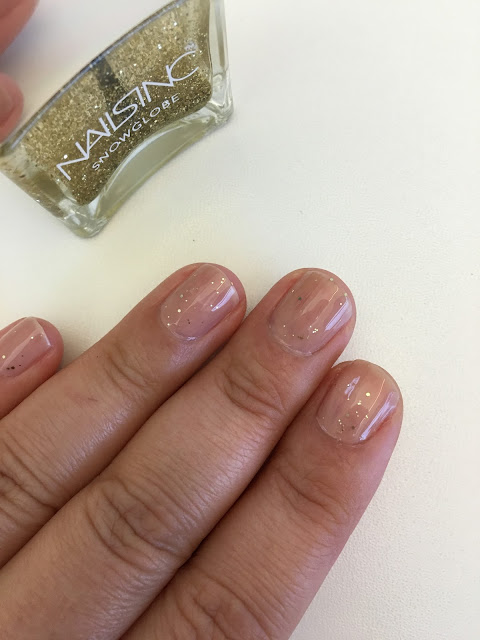 In the picture above, I used 2 coats of Nail Kale in Montpelier Walk, which is a great pinkish nude shade.  Then I shook up the Snow Globe just a tad and smattered some glitter on there.  It's super subtle for people who are afraid of glitter. 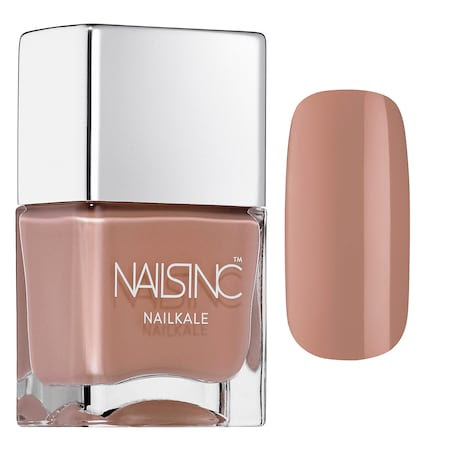 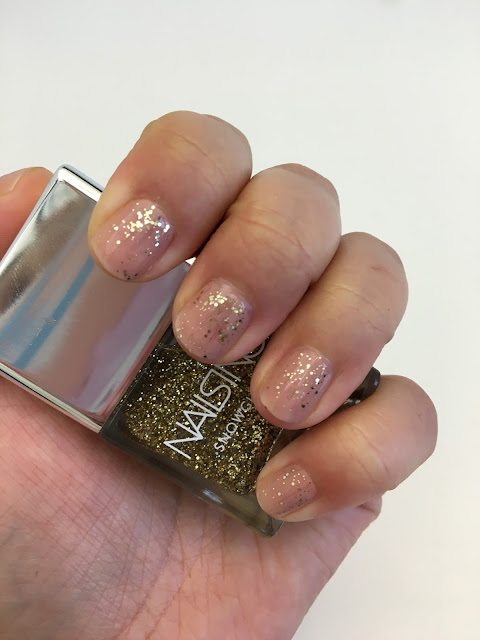 I, however, have never feared anything sparkly, so in this next picture I gave the bottle a good, healthy shake.  If you're like me, and aren't afraid of the glitter, you'll be pleasantly surprised at how easy this formula is to remove.
Posted by Lisa at 10:45 AM