Get the look: Kate Bosworth at Coachella 2015

I mean, does anybody do Coachella better than Ms. Bosworth?  I'm all about second-day hair, but my thin locks usually tend to be lackluster in the braid department, but hairstylist Bridget Brager, who did Bosworth's hair for Coachella this year, has blessed us with this brilliant nod to Seattle grunge.  Will I be trying this hair-do all summer long?  There's a 99% chance it's happening. 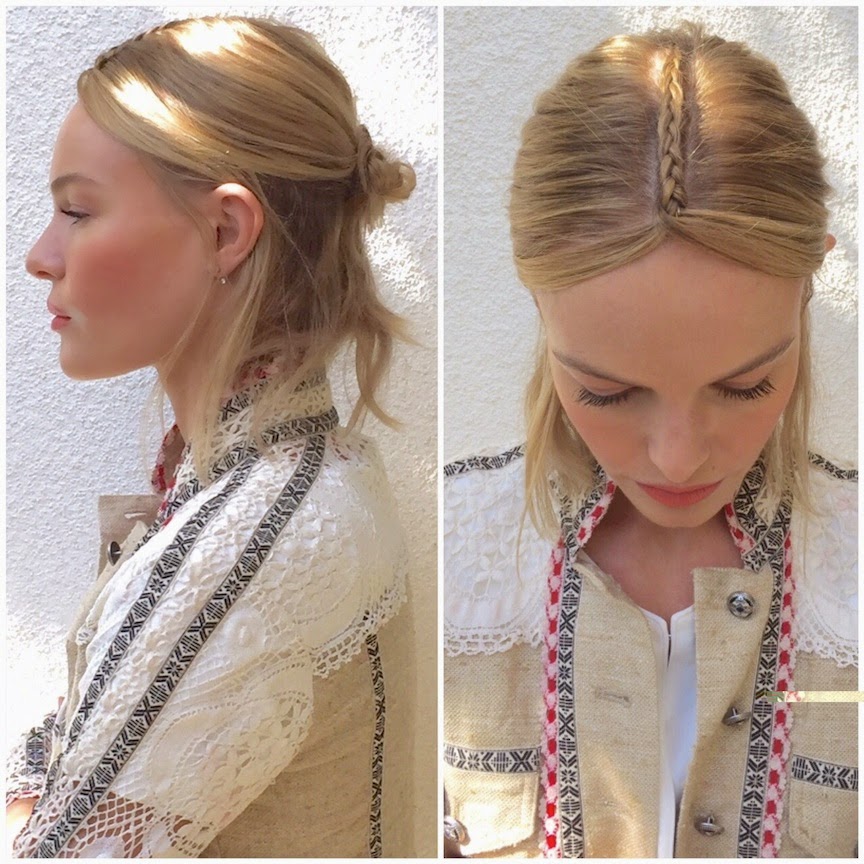 -Starting on second day dry hair, she took a small section of hair at the center part area (she recommends the section be no larger than the width of the tip of your ring finger) starting at the top of the head, and ending at the crown.
-Once the section was created, she made a cornrow braid from the back of the head, at the crown, towards the forehead.
-She finished the braid where Bosworth's hairline stops at the forehead, and made two sections by splitting the third strand of the braid. To secure the braid, she used a small bobby pin, pushing the pin up the middle of the braid as flat to the head as possible.
-Next, she split the lengths of the hair to frame the face.
-For texture, she sprinkled Kevin Murphy Powder Puff on the lengths of hair, then gathered the hair in to a half-up/half-down knot.
-Brager then secured the knot with a clear elastic band, letting pieces around the face fall down to tuck behind the ears.
-Lastly, she finished the look using Bumble and bumble Does It All Hairspray. 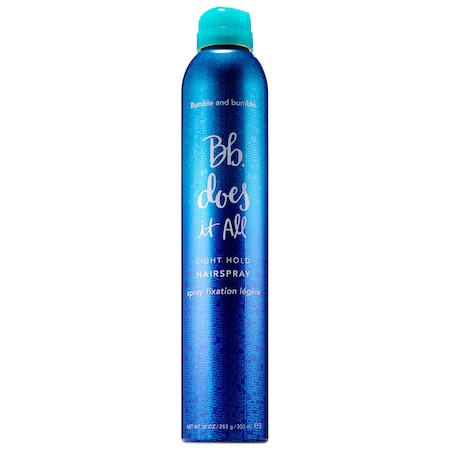