Kids, I've used about 1,000 lbs of aloe on my skin since my epic burn in Martha's Vineyard.  It wasn't pretty.  Now I'm in the amazing peeling stages, but GUESS WHAT.  Even though I'm peeling, I don't look like a leper.  Which is unusual, but I'm going to credit the amazing after-sun products I told you about, as well as a new one that I discovered after I already told you about those.  A friend of mine sent me a bottle of Sun Bum Cool Down Spray (and some Sun Bum SPF50 Moisturizing Sunscreen) with a note that said "Hey Loser, don't burn anymore!".  Both hilarious and eye-opening at the time.  I was already in the midst of using every aloe product on the planet, so I didn't really need another one, but since this was a spray-on formula... well I wasn't NOT going to try it.  And let me tell you, it's brilliant. 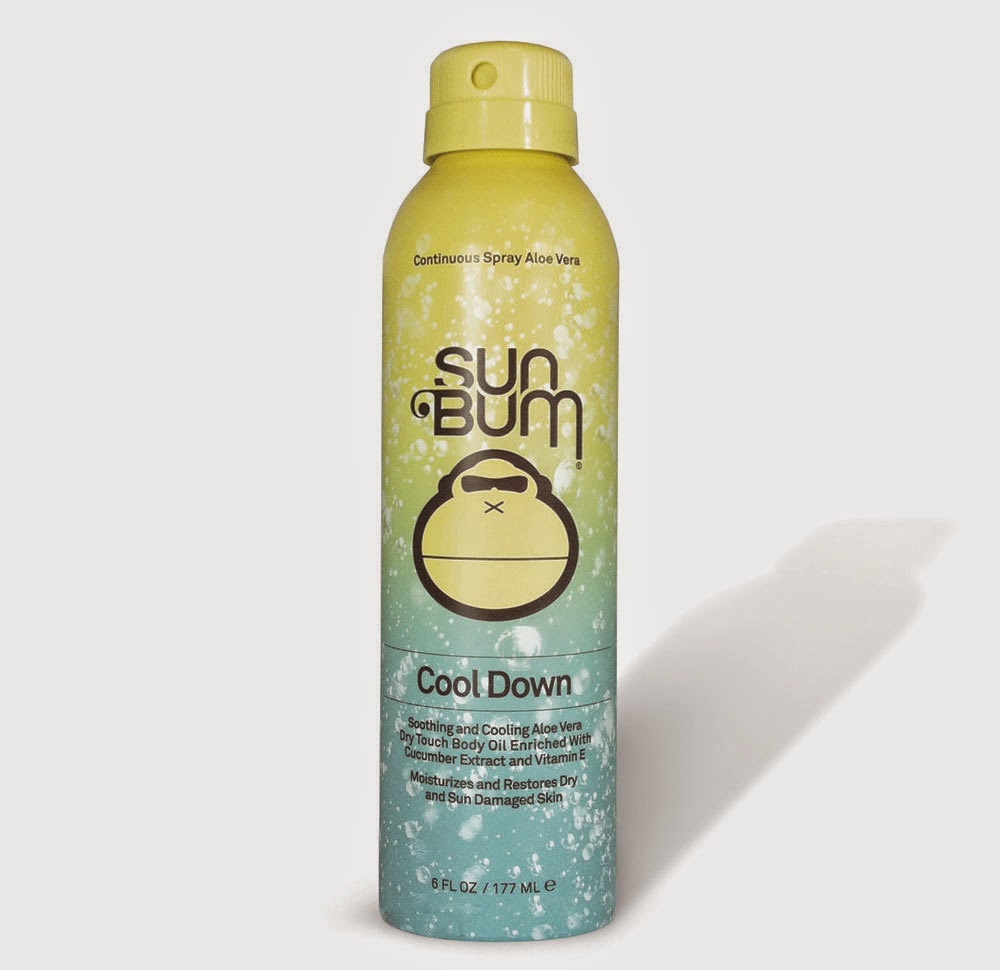 A spray-on formula so you don't have to touch your already painful sunburn?  Seems obvious, yet I don't know anybody else who's done it.  It sprays incredibly evenly so you can get a fine layer (or a thick one) on all the affected areas.  It contains aloe, obvs, as well as cucumber extract to help soothe, and Vitamin E to hydrate the skin.  It's super lightweight and absorbs easily into the skin.  It actually smells faintly of cucumbers, so it feels and smells fresh.  It's actually so great that I've been using it on my legs every day even though I'm no longer burnt.  It's just great for moisturizing the skin and extending the life of your tan.  I don't know where this stuff has been all my life, but it's getting 2 thumbs up from me.