Remember how epic Sienna Miller looked in The Girl?  If you haven't watched it yet, you need to.  The focus of the movie is Hitchcock movies, and the amazingly fiery women that starred in the movies.  Besides how utterly creepy you thought Hitchcock was after the movie, you were utterly enthralled by the women of his movies, particularly Tippi Hedren.  The beauty looks backstage at the Badgley Mischka Fall 2013 show were inspired by these starlets, like Kim Novak (Vertigo), Tippi Hedren (The Birds), and Hitchcock's muse: Grace Kelly (Dial M For Murder, To Catch A Thief, Rear Window).  These blonde bombshells were glamour personified, so it's understandable why they would be the inspiration for this show. 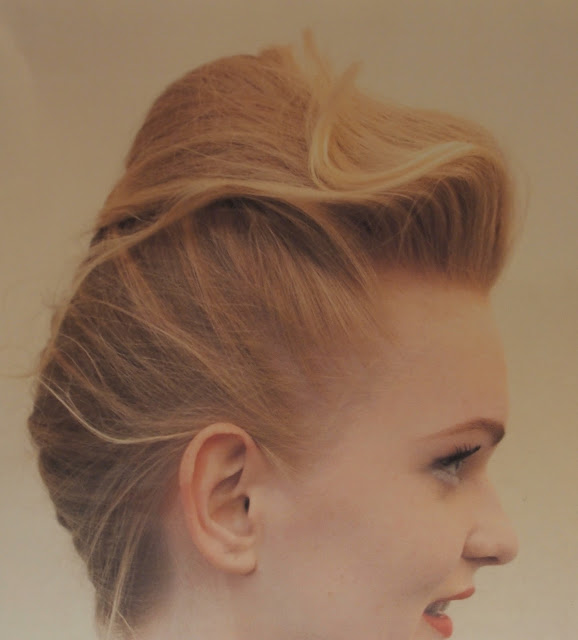 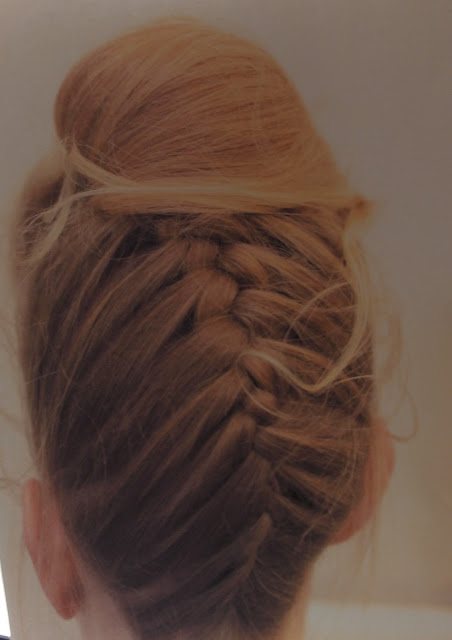 Hair: Peter Gray for Moroccanoil
Gray started with Moroccanoil Treatment to condition the hair before styling.  Next, he added Moroccanoil Heat Styling Protection and Moroccanoil Volumizing Mousse before blow-drying hair straight with a paddle brush.

Gray created a top section of hair and pinned it up out of the way so he could start on the reverse-braid.  He tipped the models' heads forward and braided from the nape of neck towards the crown, pulling in diagonal sections from the sides.  When he reached the crown of the head, he fastened the braided section up into a pony tail.
Next, he took the top section that was left out of the braid and created a curl set.  He sectioned the hair and, starting with the hair from the front hairline, used a ¾” curling iron to create the first waves of the set, pinning as he went.  As he progressed towards the back of this top hair section, he used a 1” iron for the remainder of the hair, including the ponytail.  He misted the entire set lightly with Moroccanoil Luminous Hairspray Strong and allowed to cool.
Next, he released the pins, and combed out the curls, allowing some loose pieces to fall free.  He backcombed the top section lightly for height, shaping the front wavy section as he went.  The remaining hair that was hanging loose was wrapped around a pin-tailed comb that was inserted vertically into the top of the braid to hold the chignon in place above the reverse-braid.  He brushed loose some wisps of hair soften the look and sprayed with Moroccanoil Luminous Hairspray Strong to hold it all in place.

Nails: Deborah Lippmann
The glamourous look was completed with almond-shaped nails, reminiscent of what the Hitchcock-era actresses would've worn, and coated with a matte red polish.  The color used at the show was Deborah Lippmann's Red Silk Boxers, out in stores in Holiday 2013, but the look can be achieved now using Through The Fire (red shimmer) with Flat Top Matte-Maker Top Coat. 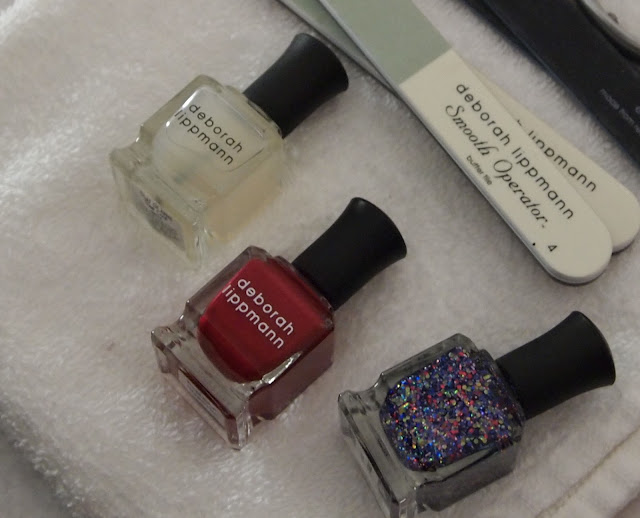 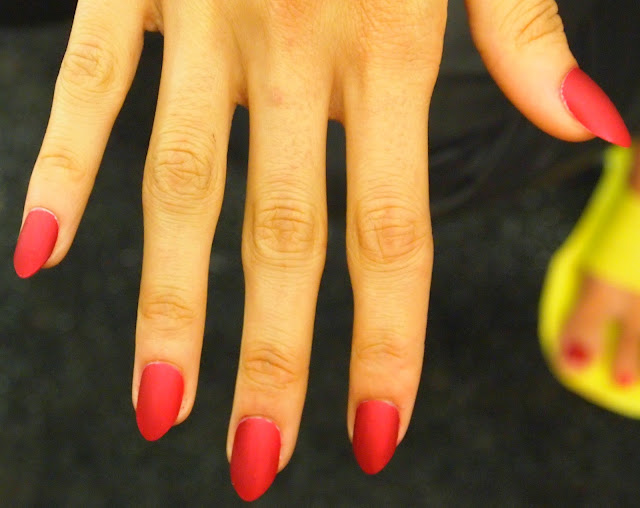 We also got a little sneak-peek backstage of a color coming out in Fall 2013, that was created by Lippmann for Kelly Clarkson to wear at the Grammy Awards.  This polish, named Stronger after Clarkson's song, is filled with huge chunks of holographic glitter. 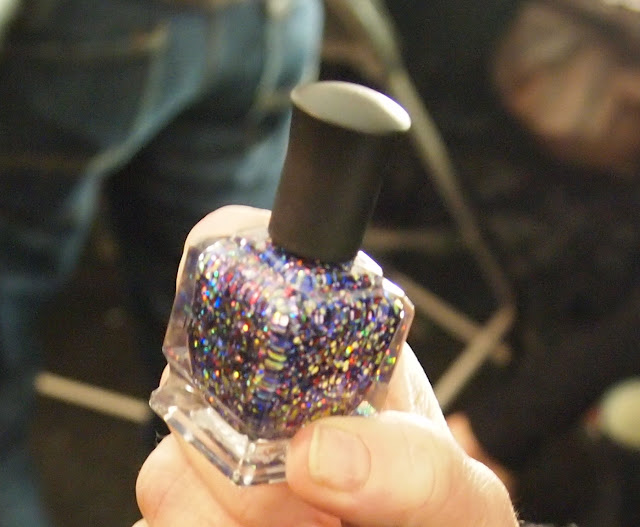