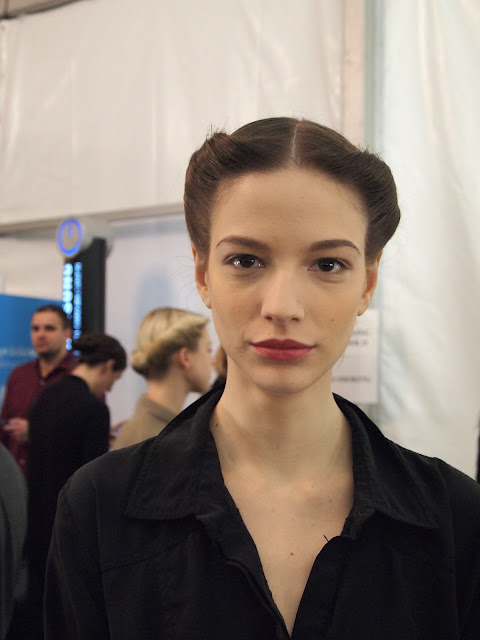 Hair: Orlando Pita for Moroccanoil
-Pita started by spraying new Moroccanoil Heat Styling Protection throughout the hair to prep for blow-drying. For models with fine hair, he also used a little Moroccanoil Volumizing Mousse before blow-drying the hair straight.
-Next, he used Moroccanoil Hydrating Styling Cream for shine and for control, then parting the hair down the middle.
-He created three sections, one on each side by the ear, and then a section in the back. 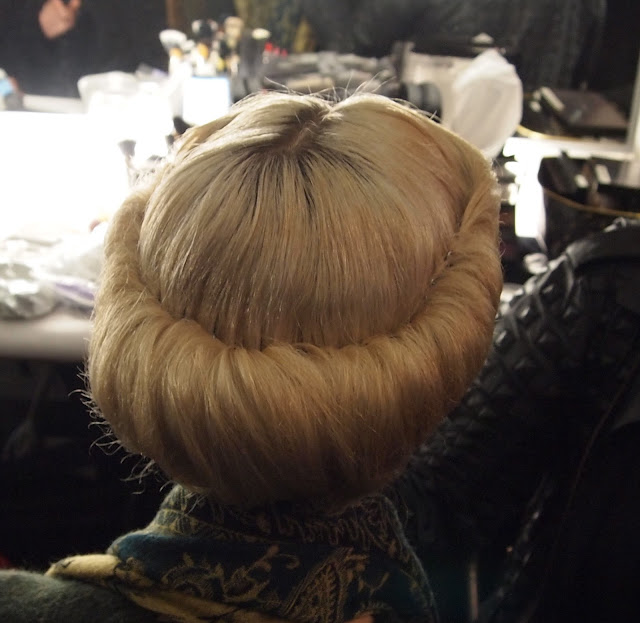 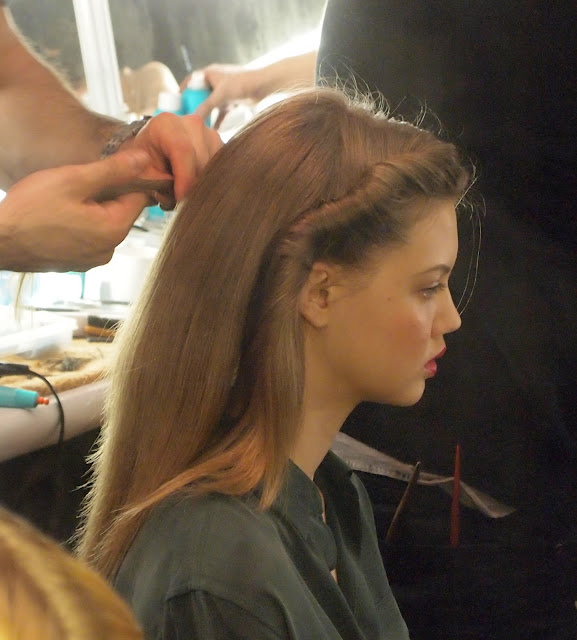 -He took each front part and rolled the hair very tightly on each side, pinning each roll behind the ears.
-The hair below the pins (that was left un-rolled) was crisscrossed over each other at the back of the head, serving as a "shelf" that the back of the hair would be pinned into later. 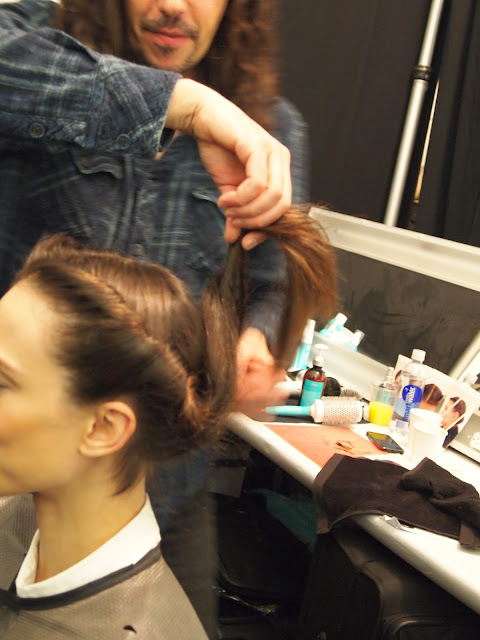 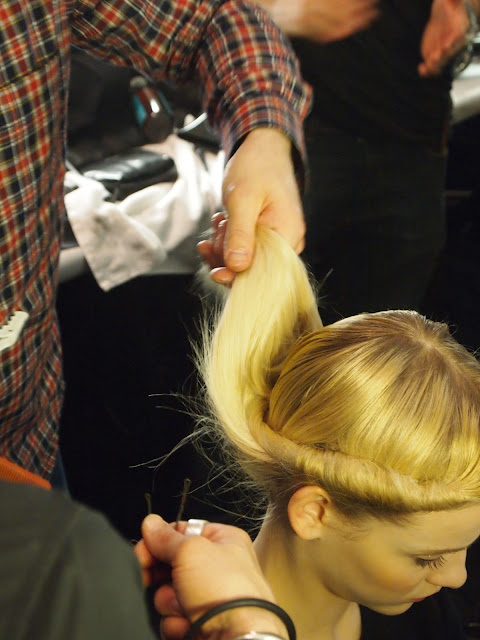 -Pita raised the back sections  and rolled them tight (but wider than the rolls in the front), then tucked them in to the "shelf" and pinned the hair in place.
-Once hair was in place, Pita used more Moroccanoil Hydrating Styling Cream on his fingers to tame any fly-aways or loose strands.
-To finish the look, Pita finished with a light misting of Moroccanoil Glimmer Shine Spray.


Makeup: Diane Kendal for MAC
The makeup for this show was very simple, just meant to emphasize the young, beautiful girls walking in the show.  The emphasis was on the lip, so foundation was minimal.  The Fall 2013 Forecast pro palette was used on the eyes, using Oyster on the brow bone and lid, and Rustic Red in the crease.  Blacktrack Fluidline gel liner was used in between the lashes, rather than a harsh line, and mascara was absent.  Brows were filled in with eyeshadow in Omega, a matte taupe shade.  Hot Tahiti lipstick was the star of the show, a beautiful red-coral shade that is flattering on many skin tones. 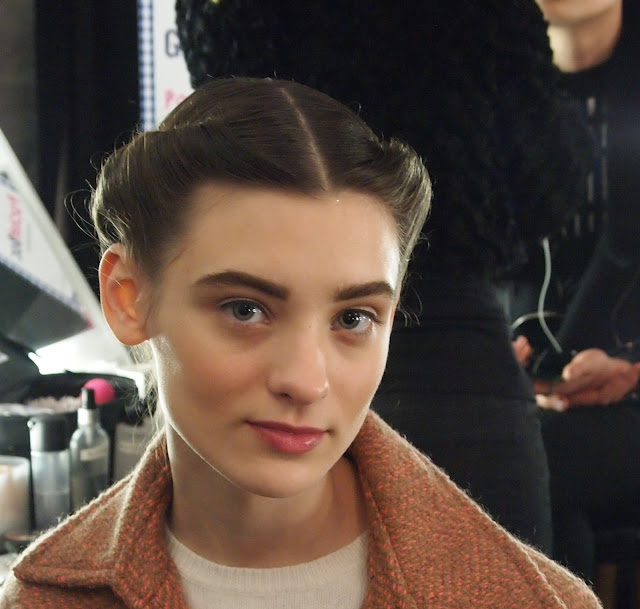 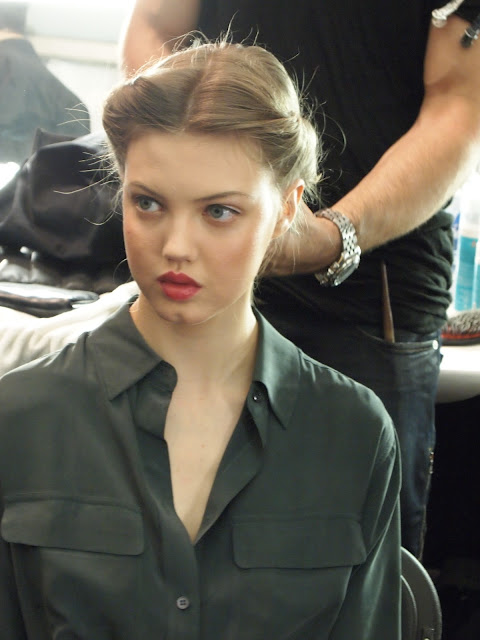 Nails: Essie
Essie Lady Like was used on the nails, a soft mauve color, to complement the feminine clothing. 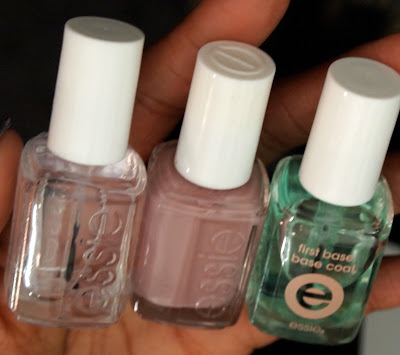 Photos below by David Webber for Moroccanoil 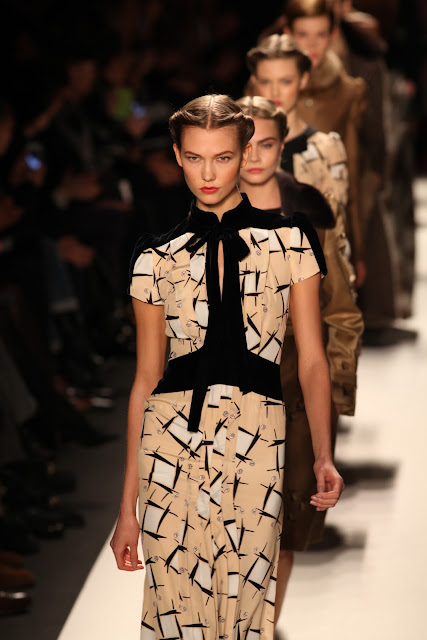 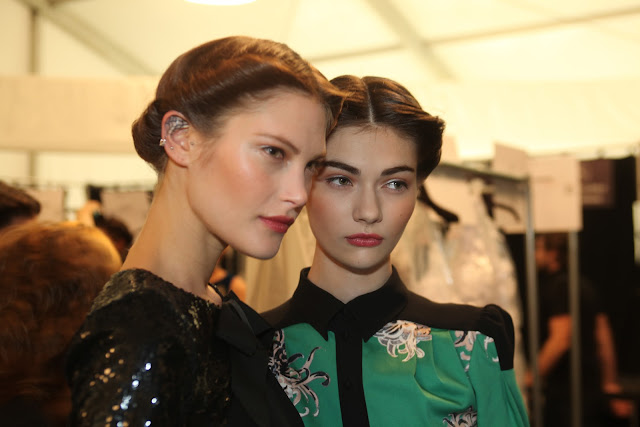 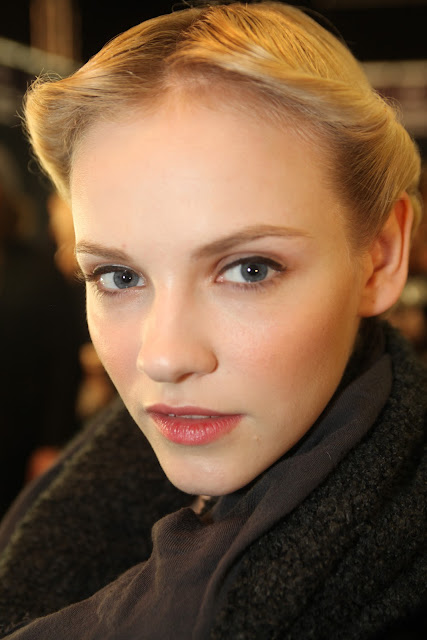 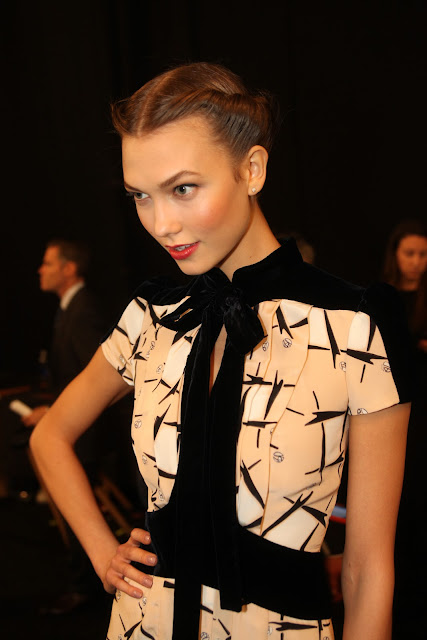