Siriano's Russian Ballet-esque collection was decadent, opulent, and ornate, but would you expect anything less from him?  To complement the clothes, the beauty look had to be sleek and dark, but still have a romantic air to it.  Aveda was in charge of an up 'do that was sweet and edgy at the same time, while MAC was responsible for a


Beenders prepped the hair with Aveda Pure Abundance Style Prep before blowing out straight to give the hair texture.  She used a tail comb to create a clean, sharp center part all the way from the forehead to the nape of the neck.  On each side she made a fishtail braid, starting just behind and just above the ears.  Hair was sprayed with Aveda Air Control Hair Spray to lock the braids in place (simultaneously taming any fly-aways), and then the hair was manually beefed up by massaging/pulling apart the braids.  This gives the look a little more texture and grit.  The 2 braids were criss-crossed over one another just above the nape of the neck and secured with bobby pins.  A little more Aveda Air Control Hair Spray was used to keep the entire look in place. 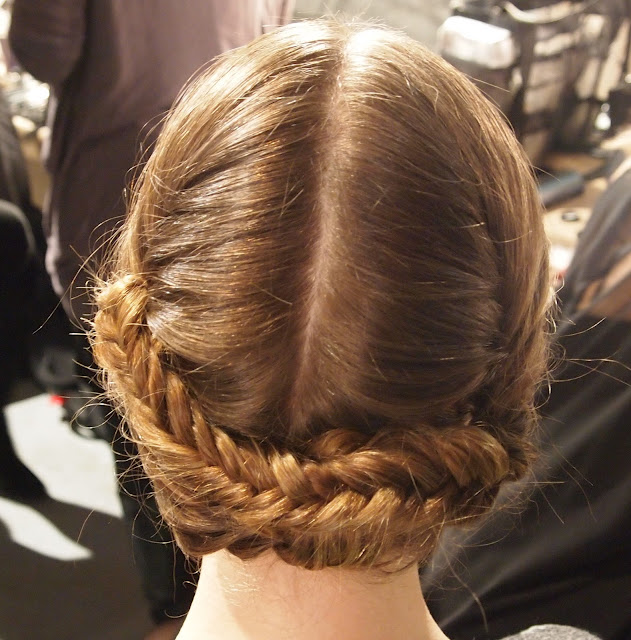 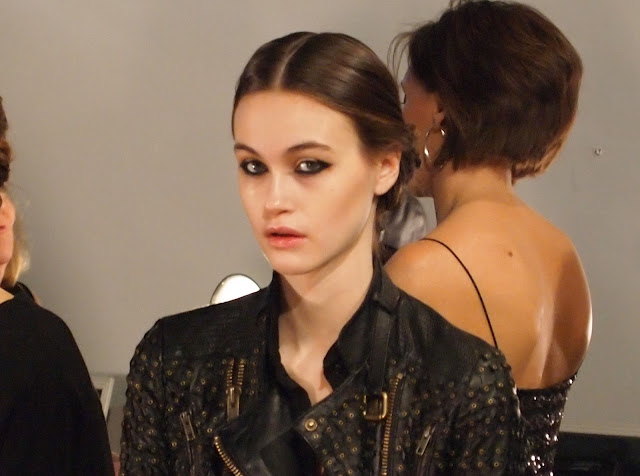 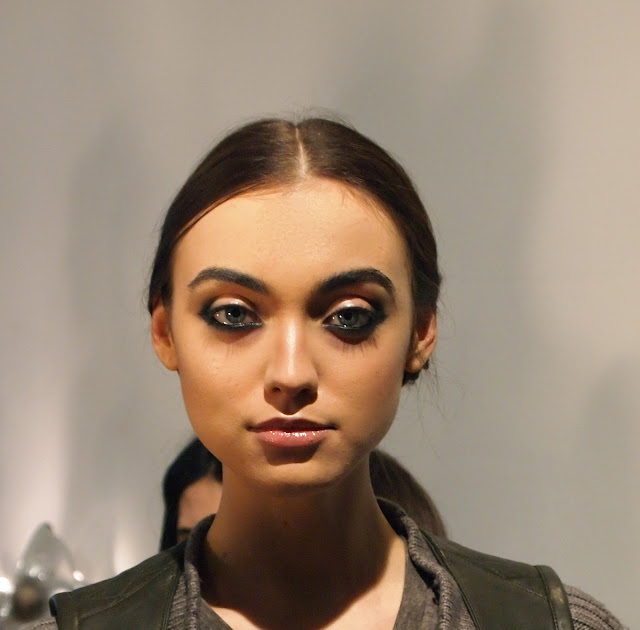 This makeup look was very clearly about the eye, so Osmond opted for clean, contoured skin using MAC Face & Body in each model's skintone, and a slightly darker tone for contouring.  The cheekbones were highlighted with Cream Color Base in Luna, and a little bit on the nose as well.  On the eyes MAC eye pencil was used in Smolder on the top and bottom waterlines.  MAC eyeshadow in Carbon was used underneath the eyes, extended out just a little bit, and then into the crease.  Then MAC Penultimate liquid liner was used on the top lash line, creating small dashes at the corner of the eye to enhance the lashes since no mascara was used.  Penultimate Brow Marker was used to emphasize the eyebrows as needed.  A nude lipstick was used with a clear Lipglass and these girls were ready to go.