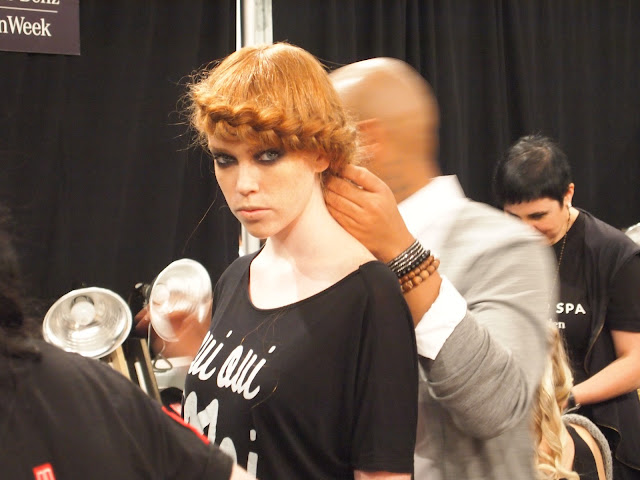 All my DIY-ers out there will be psyched about the big inside-out braid and the ombre nails backstage at the Emerson Spring 2013 show.  Red Door Spas were in charge of doing the looks, and told me exactly how we can replicate at home. 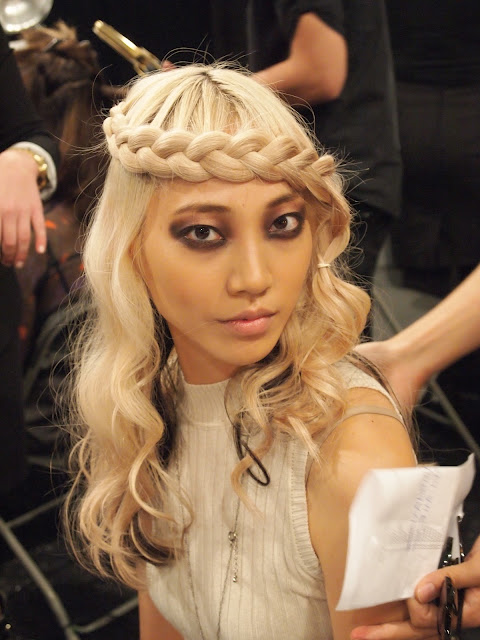 Hair:
Zahir Ziani led the Red Door team in creating this braided style with only the aid of a little Kerastase Double Force Hairspray (his favorite) and a curling iron.  Hair was first curled with the iron so that it would have a little bit of texture, because anything to straight and smooth won't hold the braid as well.  Same goes for any serum or gloss, it will make the braid a little more slippery and won't have that unkempt feel that Zahir was going for.  After hair was curled Zahir started on the side of the head and did a French braid, traveling across the forehead and around to the side, securing with a clear elastic.  The trick with this braid though is that it's inside-out so that the braid is more prominent on the forehead.  In a typical French braid, you separate into 3 sections, and braid one section over the other, but in this case you want to braid the sections UNDER each other, rather than over.  (Trust me, it's much harder to explain than it is to actually do). 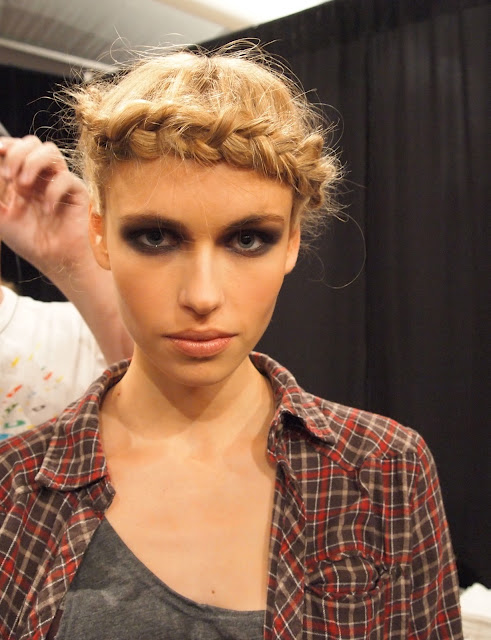 Ok, you'll die when you see these nails.  Don't they remind you of my shark-week inspired manicure?  Am I ahead of the trend? Tee hee!  For this look just use the good-ole makeup sponge technique to ombre the nails (click here for how-to) but this time using Essie polish colors: Licorice (black) and Blanc (white). 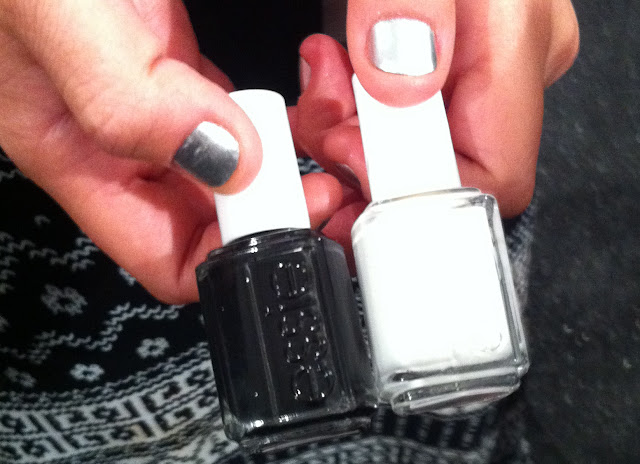 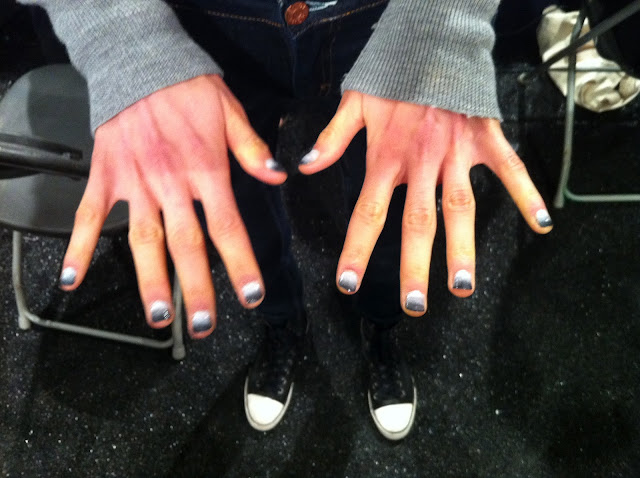