Let's hear it for the boy- Alexander Berardi 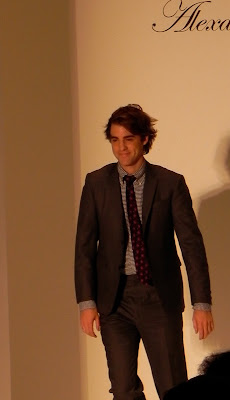 Let's give the boy a hand. (In this case it was actually a standing ovation).
It's so amazing to see a young designer grow from season to season. It's even better when he's a total sweetheart like Alexander Berardi. (No, I'm not just saying that. Yes, I have met him, and he's really nice.) But that's not the point, is it? The point is about the clothes, so let's get to it. 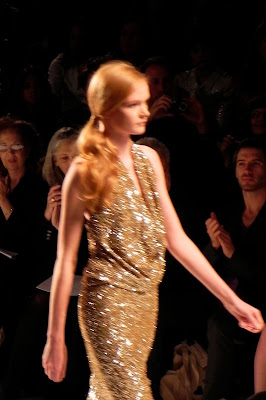 Berardi's SS2011 collection was inspired by Jean Seberg in the 1960 film "Breathless". This film was of a period of French New Wave films that were exciting and romantic. There was a running theme of nautical stripes and trenches through the show that felt very spring and very fresh. 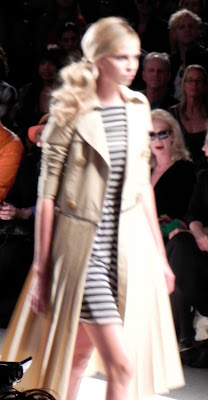 This dress was my favorite. I felt like it embodied that romance that was the theme of the show (or the theme of the movie that inspired the show, however you'd like to look at it). It had such a vintage essence, but a romantic, modern silhouette. 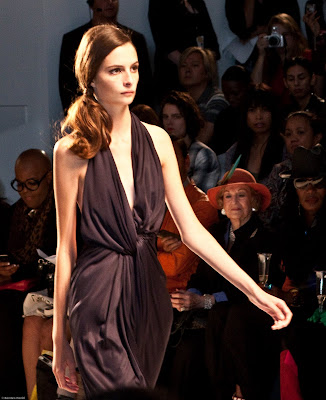 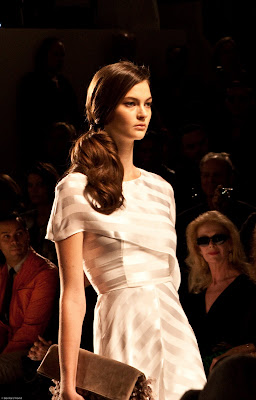 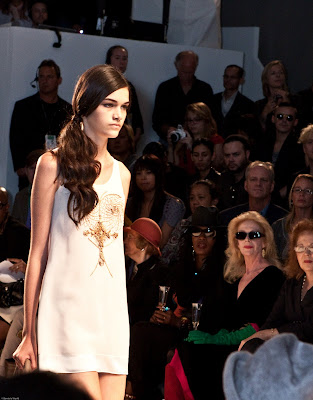 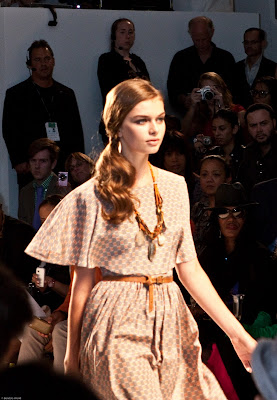 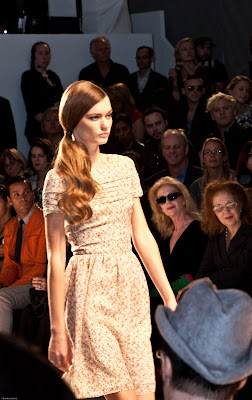 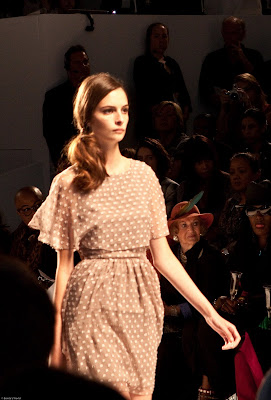 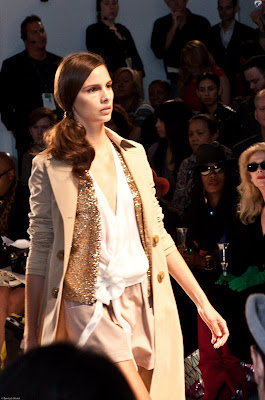