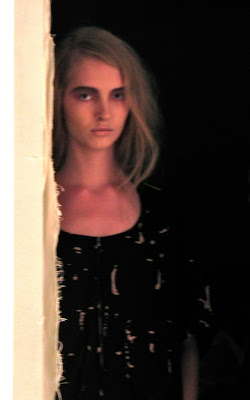 At the A Détacher spring/summer 2011 show, I got the distinct feeling that the collection was inspired by a bit of insanity. Maybe my own mind was playing tricks on me after hours and hours of watching models walk down various runways. It could have been the eerie music or the unkempt look of the models (purposefully done by hair and makeup artists backstage) combined with the warehouse setting of Pier 59 studios. Reading the run of show was like the first time watching Girl Interrupted. The looks that came down the runway were listed in the show program as various people's OCD tendencies, rather than the normal listing of fabrications and patterns.
"Mia liked her food small and arranged in patterns".
"Katharina scratched all night long".
"Melinda swept the sidewalk compulsively". 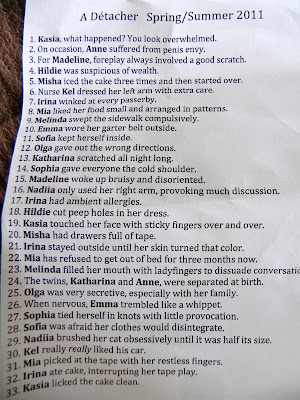 Though the inspiration was dark, I think it was that ironic, quirky type of crazy that we all experience from time to time. Whether the show was inspired by someone's crazy Aunt Hilda, I can't be sure, but it was an interesting theme nonetheless. 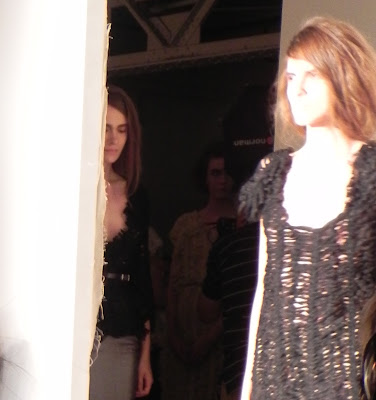 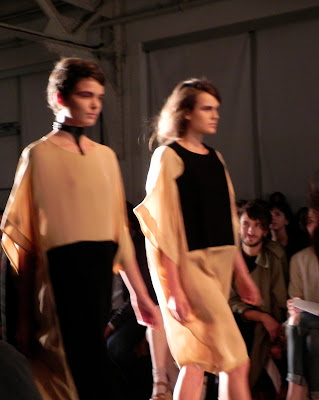